From the foundation to the Second World War
The club was founded in 1894 as a gymnastics club. In 1906 the “Turnerbund Siegelbach” was founded as the second club. Both clubs merged in 1910 to form the “United Turnerschaft 1894 Siegelbach”.

Thanks to the board and the selfless work of the respective gymnastics attendants, the club was able to achieve many individual and team successes at the district and district gymnastics festivals that followed. During the First World War, gymnastics almost came to a standstill. Nineteen members, including some of the best active gymnasts, had died in the war.

In 1920 the gymnastics business was resumed. At the 17th and 18th of July this year the Gauturnfest was held in Siegelbach. In the same year, women’s gymnastics was introduced. In a very short time the club had a good team of women and girls who had been very successful. In 1920 the club founded a games department. Handball was played with an active and a youth team. 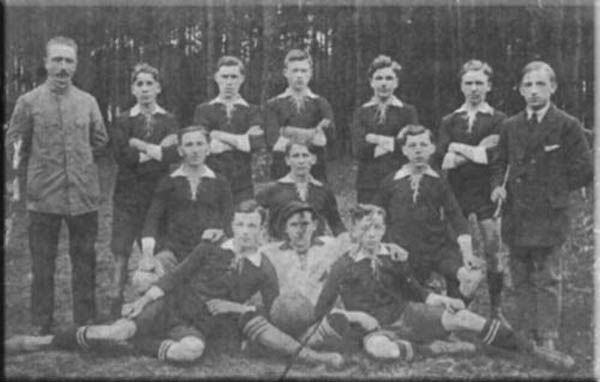 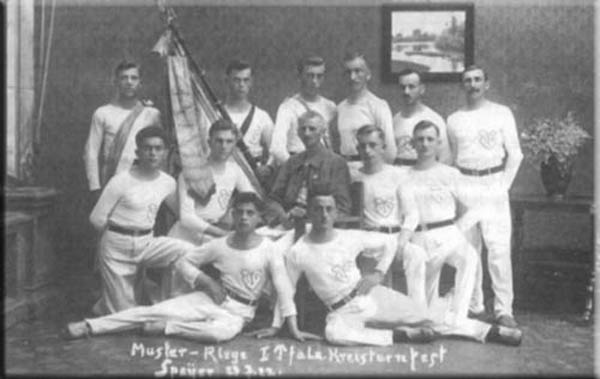 Standing from left: Heinrich Urschel, Jakob Schuff, August Herrmann, Theodor Schwehm, Konrad Urschel, Eugen Zumbach
Middle from left: Ernst Schwehm, Johann Stutzenberger, Jakob Gaul, Rudolf Blauth, Heinrich Knissel
front from left: August Schwehm, Christian Henrich
For the 1st Palatinate District Gymnastics Festival on July 23, 1922 in Speyer, the club sent a sample team that was far and wide looking for their own kind. In February 1924 all gymnastics and sports clubs were banned and dissolved by the occupation authorities, but the ban was lifted again on May 23, 1924. Through the initiative of some old gymnasts, the “United Gymnastics Association Siegelbach” was re-established on June 14, 1924 in the August Herrmann bar. A short time later, it was decided to build a club’s own gym. This project failed for financial reasons. The practice lessons therefore had to be held in the halls of the three restaurants.
In 1932 the handball department dissolved and a football department was formed. However, this met with fierce resistance from the football club “Germania Siegelbach”, founded in 1919. On 02/02/1932 it was agreed to merge from 01/01/1933. From then on, the club was called “Turn- und Sportverein Siegelbach”.
As before, the gymnasts took part in all club festivals of the surrounding clubs as well as in the district and district gymnastics festivals.
The German gymnastics festivals

In March 1933 the club name was changed to “Turn- und Sportverein 1894 Siegelbach”. In the same year, the first football team made it to what was then district class 1.

On July 15th, 1934 the 40-year-old foundation festival was celebrated, combined with a gymnastics competition.

The Second World War tore large gaps in the ranks of the active and passive members of the association.

When football games were allowed again after the end of the war, there were enough idealists who built up a new football department. The company saw itself as the legal successor to the “Gymnastics and Sports Club 1984 Siegelbach” and was now called “Sportclub Siegelbach”.
The first team at that time was granted a meteoric rise thanks to the support with all the means available at that time and sacrifices of the club members – and one can say the whole community.

The Siegelbach footballers were well known in what was then the “French North Zone”.
1947 promotion to the regional league (at that time the second highest division), 1948 championship of the Hinterpfalz group, promotion games against the group winners of the Vorderpfalz ASV Oppau for promotion to the zone league. The 1-1 in Oppau was followed by a 0-0 in Siegelbach. The decisive game that had become necessary was then lost 3-1 in Neustadt / Weinstrasse.
In the cup round, which was also held in 1948, the same team managed to eliminate such prominent opponents as 1. FC Kaiserslautern Res. With 4: 3 and the Phönix from Ludwigshafen with 5: 1, and finally on May 30, 1948 on the Betzenberg to wrestle down the first team of FK Pirmasens 3-2 in Kaiserslautern. With this victory Siegelbach was the Palatinate cup champion.

After the departure of the players Bernd Fuchs and Otto Render to 1. FCK – both were used in 1951, Render 1953 when 1. FCK won the German championship – from Werner Gleich to VFB Bielefeld, and Heinrich Stork and Helmut Bier to their home clubs , the team could not maintain their previous standard of performance. The descent into the lower classes could no longer be stopped.

Everything at the beginning
The 1st men’s team had to relegate to the B-class, where they fought for the championship title and promotion to the A-class North in 1962. There the championship was won again in 1968. 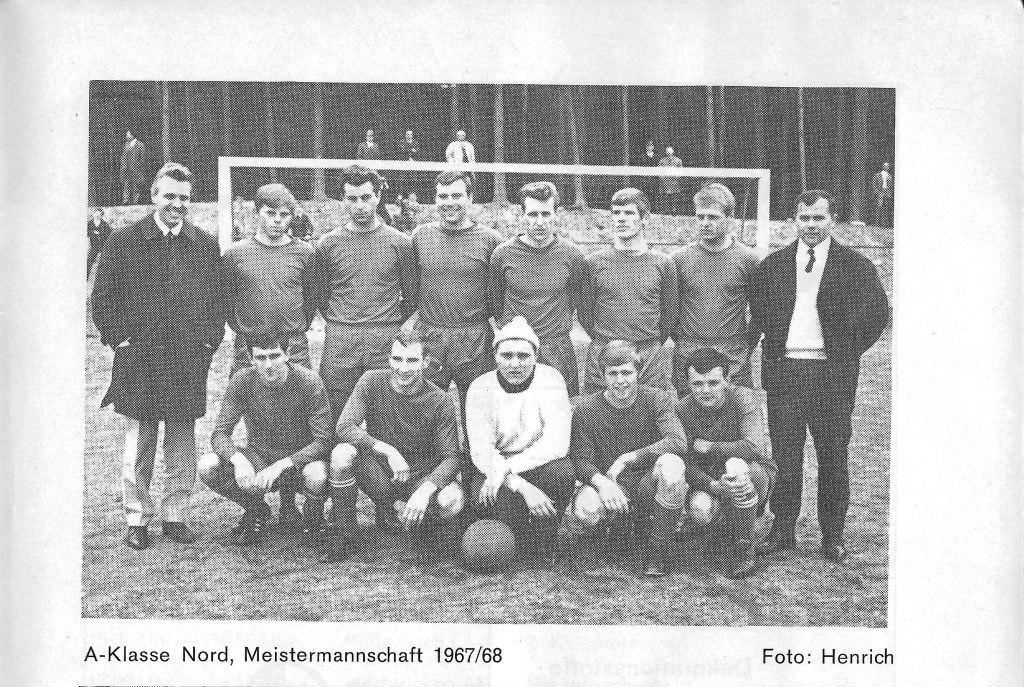 However, the associated rise was not permanent. After one year of membership in the then 1st amateur league, the team found itself in the A-class again, where they still have quite a few
Played years with varying degrees of success.
In the game year 1975/76, the relegation from the A-class was unstoppable when the decisive game for relegation on May 2, 1976 against SV Morlautern was lost 0-1. Siegelbach was the fourth team next to Otterberg, Gerbach and Kerzenheim to make their way to the B-Class. In the following year, the team got to know the strength of the B-Class Kaiserslautern and was only just ahead of them with 11th place
save the descent.
In the 1977/78 season, the three teams Spvgg had to make a decision. ESP, SC Siegelbach and SV Mehlbach determine the two teams that are next to SV
Mackenbach had to start their way into the C-Class. Both ESP and Siegelbach were able to win their games against Mehlbach, so that the third game on June 11, 1978 in Rodenbach had to bring the decision. In front of a stately crowd, however, they parted with a 1: 1 draw. The replay a week later in the same place saw the Spvgg. ESP as a 2: 1 winner and brought the SCS the bitter descent into the C-Class, where they only narrowly missed the championship in the first year. 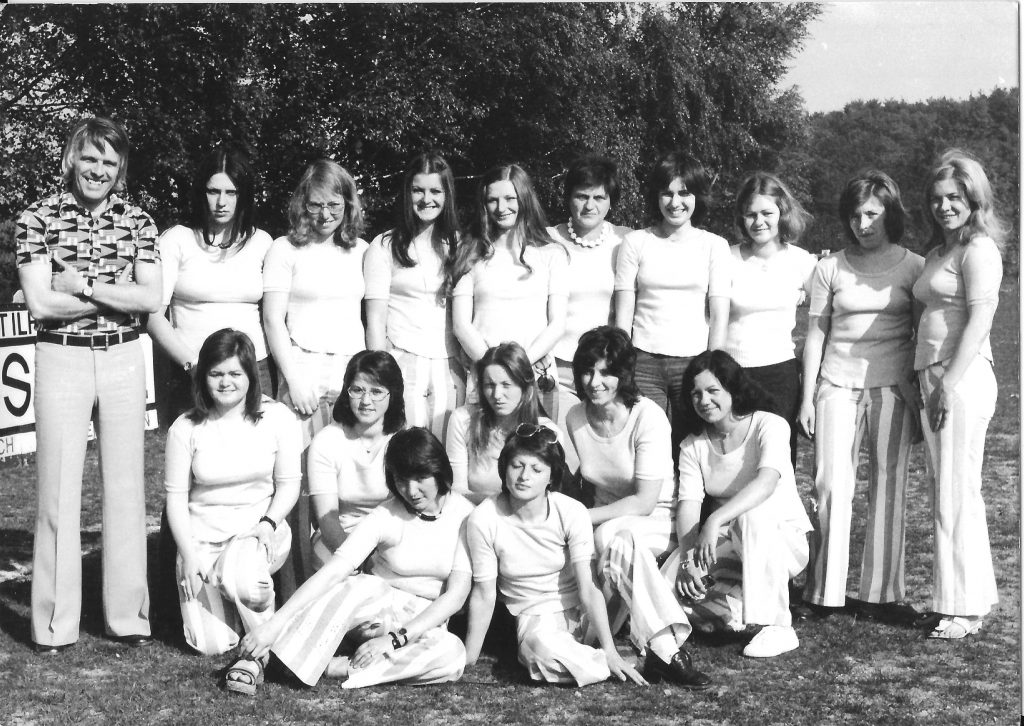 The success story of women’s football at SCS has continued to this day and has made the club very well known beyond the state borders.
Our 1st women’s team is currently playing in the Association League Southwest. 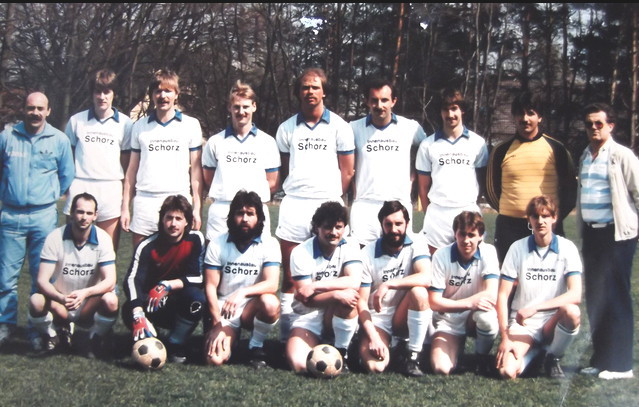 From now on, the football team’s path led upwards. In
the very first year of membership in the B-Class, they won the championship and were promoted to the A-Class North. 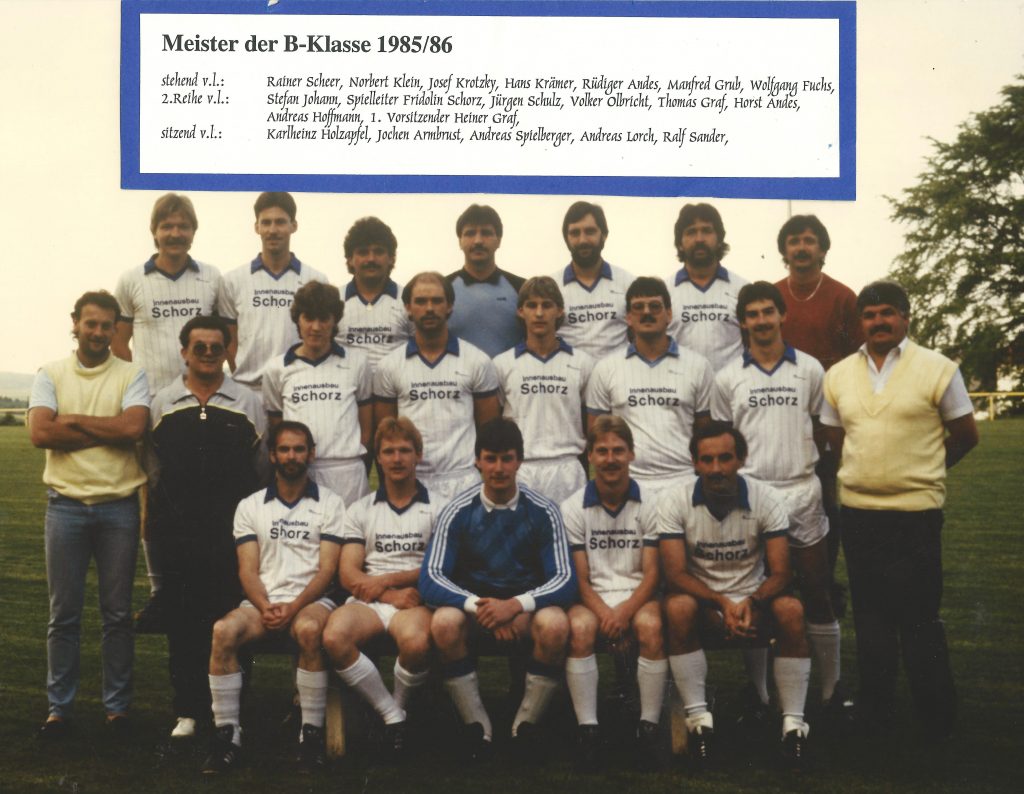 The first year here did not go according to plan and so you could barely save yourself from relegation. In the following season they had a lot planned and it got championship and promotion to the district league West Palatinate. 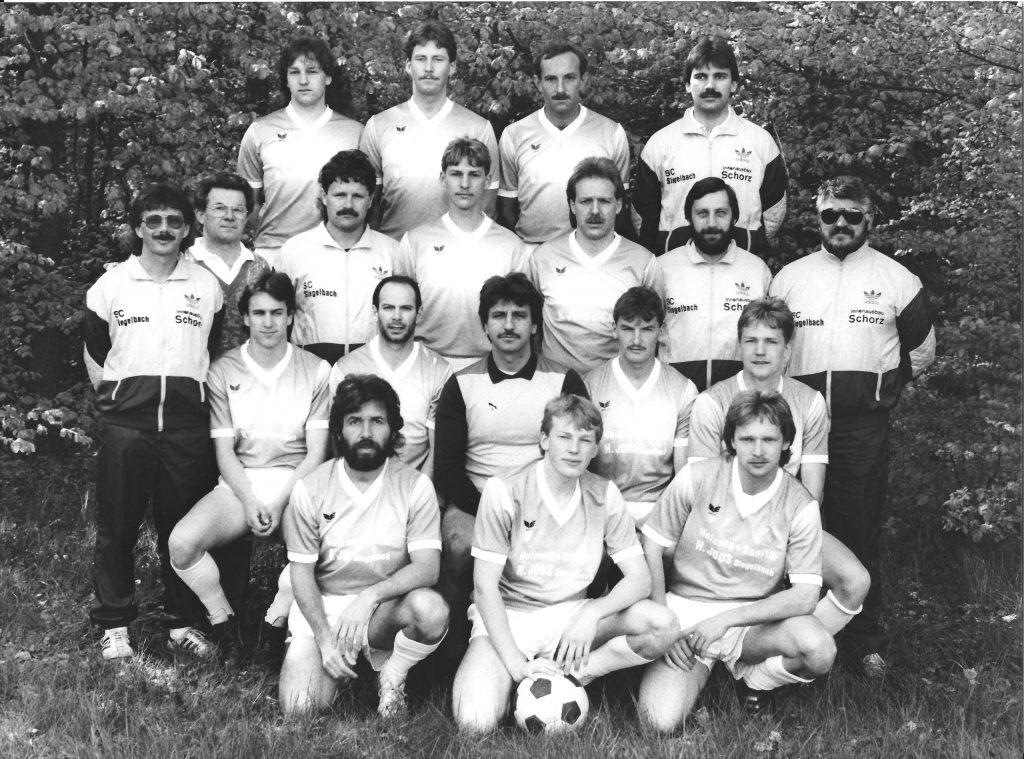 In the 1988/89 season they only narrowly escaped relegation from the district league (table penultimate), but a year later, in the 1989/90 season, the champions of the district league was called SC Siegelbach, with one from the first day of the table leading over the maintained throughout the season and was sensationally promoted to the Landesliga West. 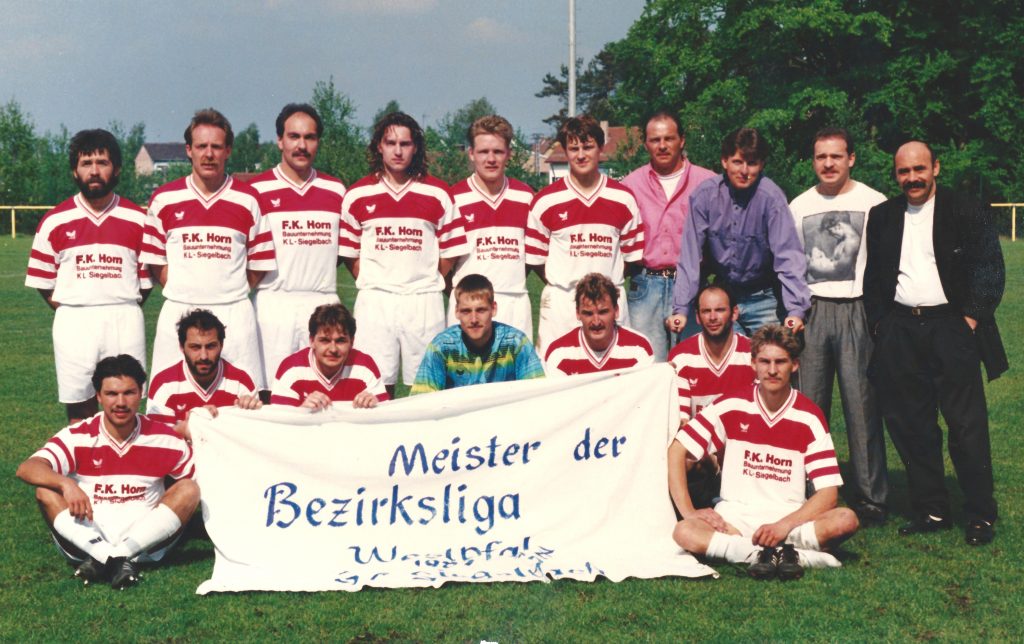 Up to the 1995/96 season Siegelbach was able to secure the state league membership.

Jubilee and turn of the millennium
In 1994 the SCS celebrated its 100th anniversary with a festival program full of highlights. From 31.05. until June 5th, 1994 one highlight followed the next, all friends, patrons and club members celebrated together in the marquee.

The festival program at the time 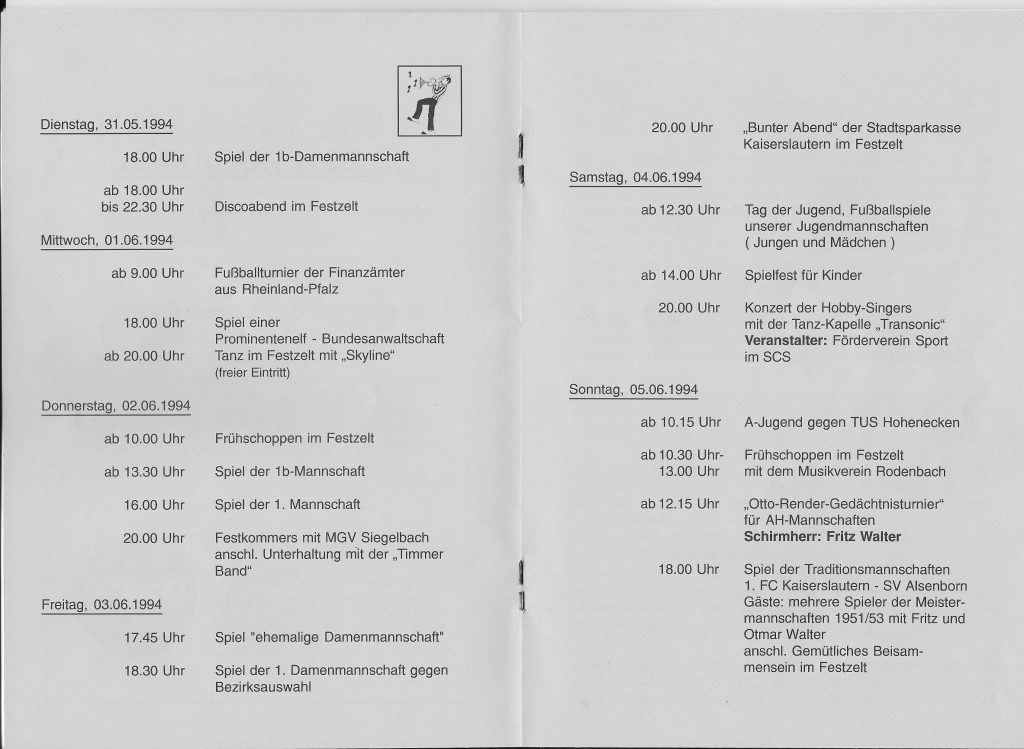 After several good and successful years, they were relegated to the regional league, but managed to return to the regional league in the 2001/2002 season with a new coach and a completely renewed team. On the last day of the match, a 2-2 draw in Münchweiler was enough to secure the title with a 3-point lead over pursuers Erfenbach. 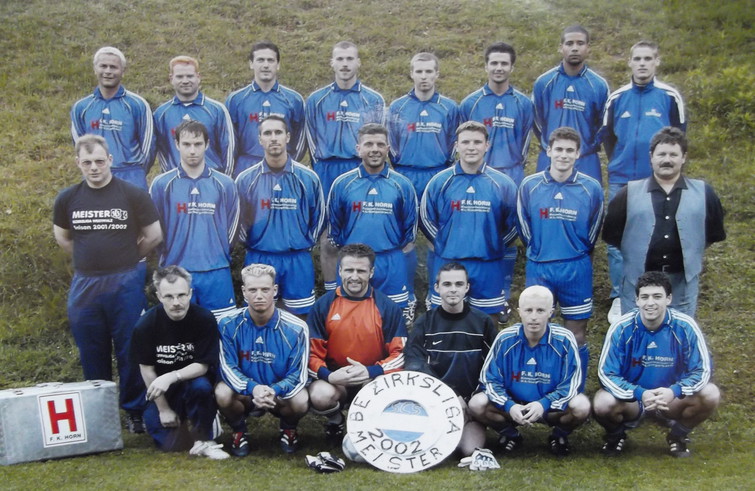 The next success of the club was winning the district cup championship in 2009 on the sports grounds of FV Olympia Ramstein. At this point, Siegelbach was playing in the B-class after several relegations.
In a brilliant final, after a penalty was saved in the initial phase and a 2-1 deficit in the meantime, they were able to record a terrific 5-2 win against SV Bann. 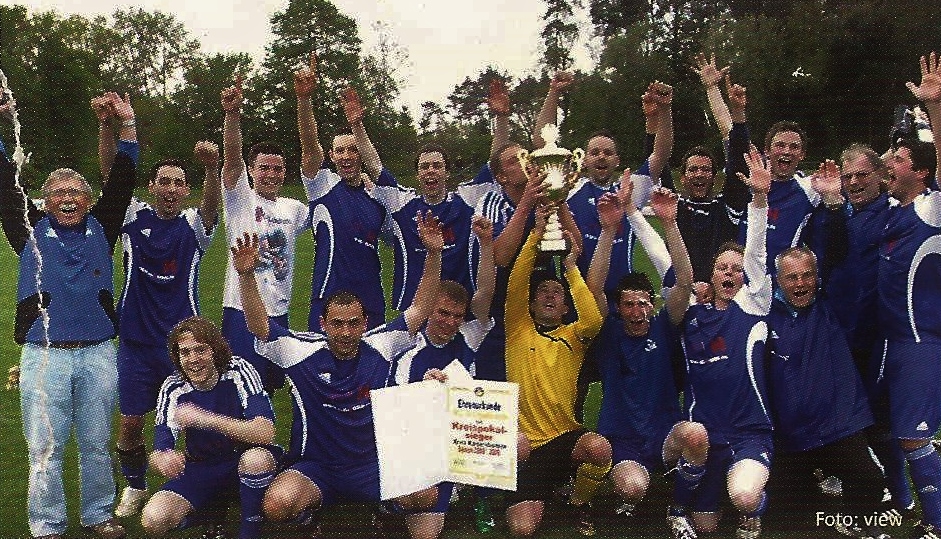 Two years later, the SCS achieved the longed-for promotion to the A-Class, after having only narrowly failed in previous years. In the same season they were back in the final of the district cup, but had to admit defeat 0: 1 against the higher-class SV Morlautern team after a tough fight.